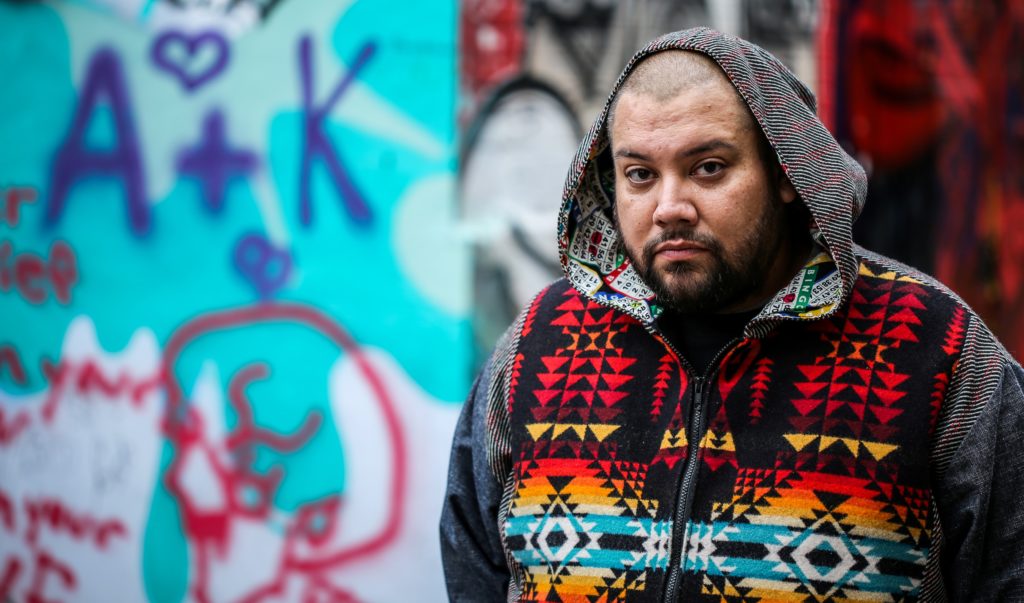 Electronic dance beats with a heavy house blend has taken off in the past decade. This month we connect you to one Indigenous musician that really knows how to wrangle the beats. Dan “DJ Shub” General of the Mohawk Nation just released his debut solo project titled “PowWowStep.” Formerly of A Tribe Called Red, DJ Shub continues to bring the sound that many audiences have embraced as they step to the dancefloor. The award-winning music mixer is our December Music Maker. 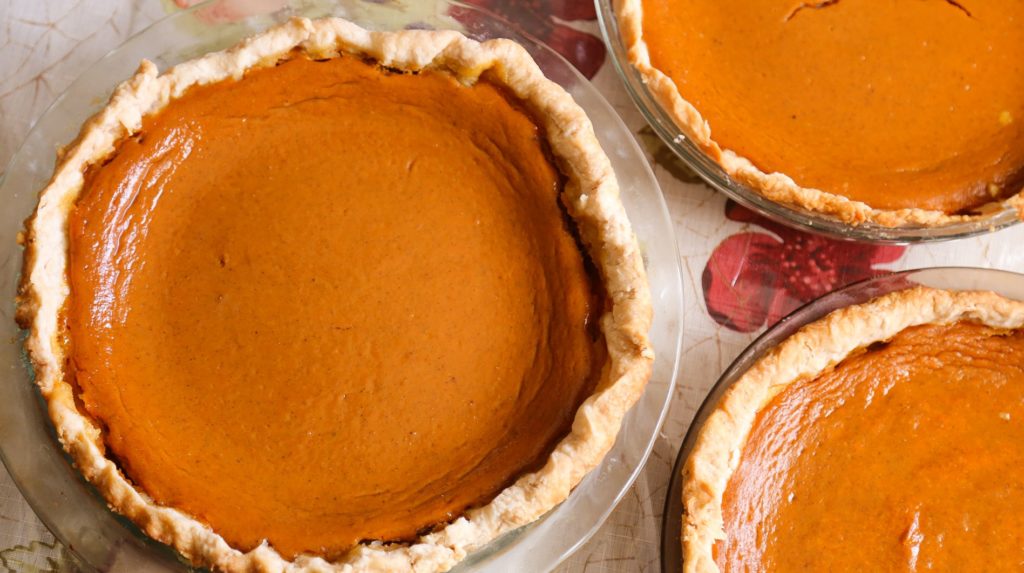 We tend to amp up the cakes, cookies and other tasty foods filled with sugar, salt and carbs during holiday seasons. That can get people with diabetes in trouble. It can cause unsafe spikes in blood sugar levels in the short term and lead to unhealthy weight gain in the long term. So are people with diabetes doomed to sacrifice during feast times? We’ll see what some solutions are and get ideas for ways to enjoy celebratory meals without overindulging. 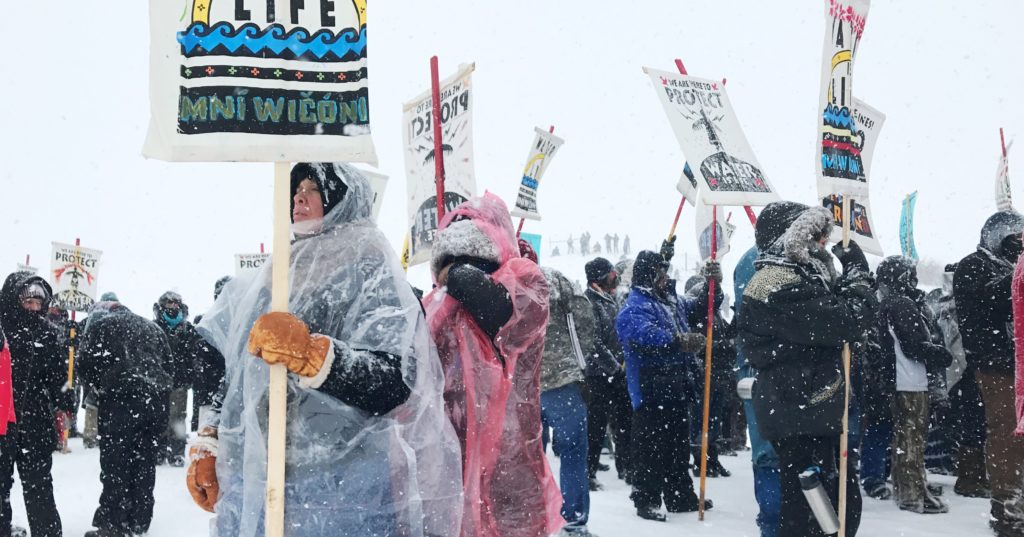 Standing Rock Sioux Chairman Dave Archambault II gives his take on the recent U.S. Army Corps of Engineers decision, the unprecedented show of tribal force, and some of the next steps he anticipates in the coming weeks and beyond. The effort to halt the Dakota Access Pipeline at the Missouri River is a court battle, a federal policy game-changer, and a movement capable of withstanding a North Dakota winter. Join us for this important update. 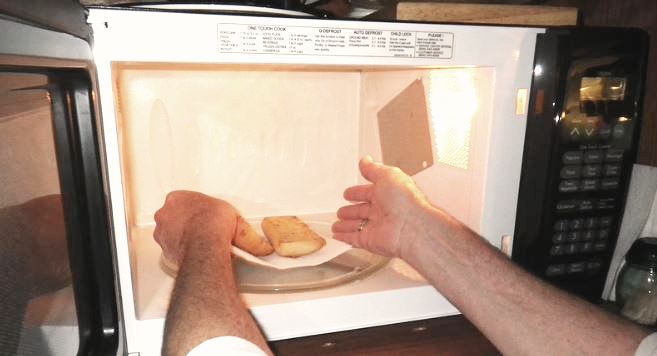 Cooking connects people with their food on a personal, nutritional and even spiritual level. But it’s easy to drift away from your kitchen range when there’s an ever-growing freezer section in the grocery store. The trend is clear in a two-year-old study by the marketing group, NPD: there’s a steady decline in the number of people who say they don’t cook. For Native Americans, there’s the potential added loss of traditional practices. Should you spend more time in the kitchen?

Dr. Lois Ellen Frank (Kiowa) – chef and owner of Red Mesa Cuisine. She has a Ph.D in culinary anthropology from the University of New Mexico focusing on Native American cuisine 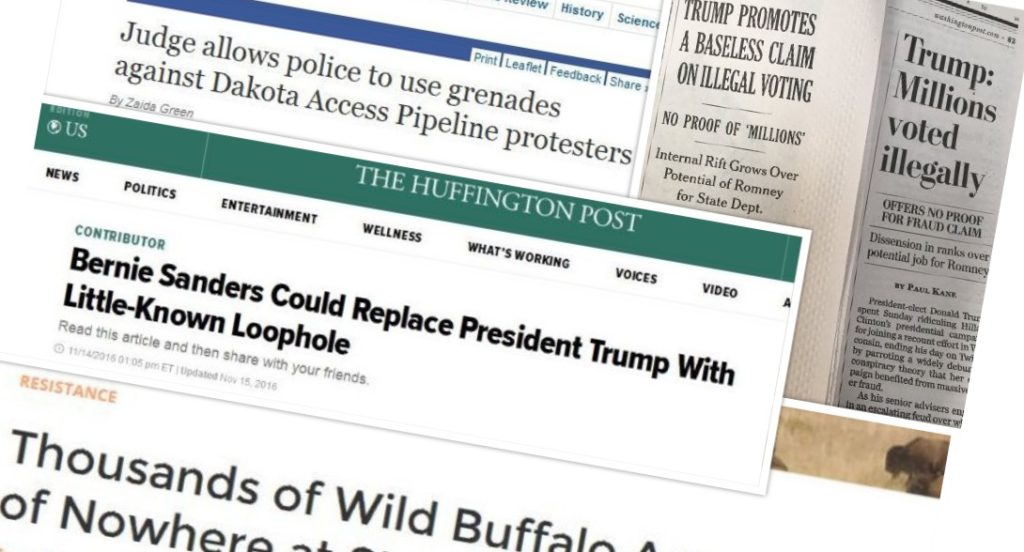 Students from junior high on up can’t tell the difference between fake news and the real deal according to a recent study from Stanford. Did you believe the story about the Pope endorsing Donald Trump? How about the one about thousands of wild buffalo suddenly appearing at the site of the Dakota Access Pipeline protest? How can we separate fact from fiction in all the digital detritus? Are we teaching our kids to ask the critical questions about where and who their information comes from?

Dr. Jonathan Anzalone – assistant director and lecturer in the School of Journalism and the Center for News Literacy at Stony Brook University

US Uncut: Thousands of Wild Buffalo Appear Out of Nowhere at Standing Rock (VIDEO) 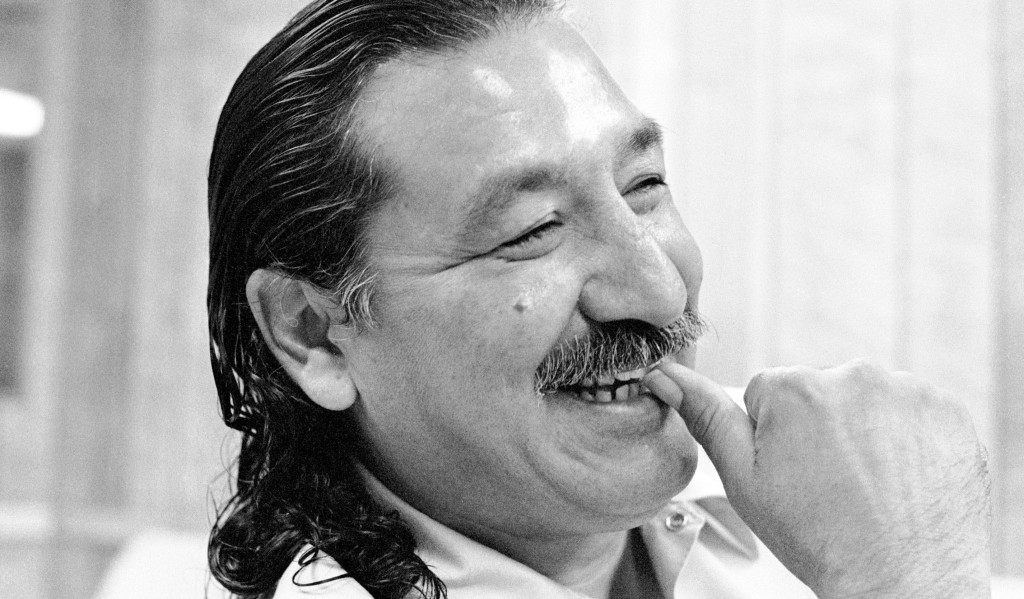 President Obama continues to grant commutations and pardons to convicted low level drug offenders and others before he leaves office. Last-minute pardons are common for presidents in recent years. Will President Obama grant Leonard Peltier clemency? Many activists and organizations, including Amnesty International, are calling for his release. All of Peltier’s options in court are exhausted, and clemency is his only option. But law enforcement advocates and others maintain Peltier is guilty and should stay in prison.