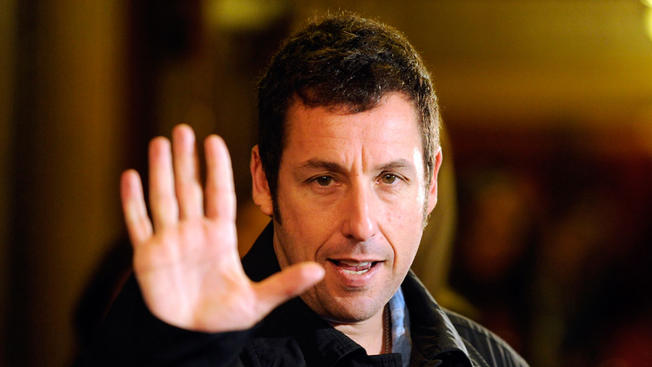 Hollywood has always known how it likes its Indians: drunk, dressed in feathers, or getting killed off by the cavalry. But late last week nearly a dozen Native actors walked off the set of a western parody starring Adam Sandler, citing racism, sexism and derogatory jokes about Native people in the script. Within hours #NotYourHollywoodIndian began trending on social media, sparking a national conversation on what it means to be an Indigenous person in front of the camera. The expectations for Native actors, the changes to the industry that may be coming, and why the actors that walked out took those roles in the first place, on the next, Native America Calling.

Allie Young (Navajo) – one of the actors who walked off the set of the movie Ridiculous Six she is also the co-founder of the Survival of the First Voices Festival.

Today we pick back up on our Indigenous reggae journey. This time we hear from Native music makers from North America like Casper, Quese IMC and the band Native Roots. Over the years, these Native reggae musicians have joined us in Studio 49 to talk about their connection to reggae music. In this prerecorded edition of Native America Calling, we take a look back at two decades of Native broadcasting and the influence reggae music has had on our tribal nations.

If you’d like to c heck out Indigenous Reggae Rhythms Part I: Hawaii and New Zealand from March 30, 2015 click below: 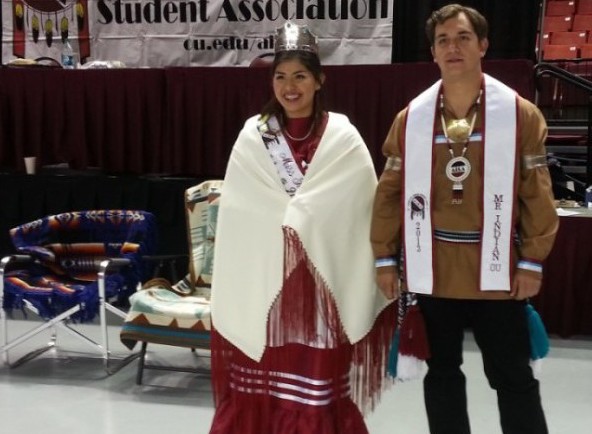 If you think about pageant royalty, you probably imagine smiling young princesses, queens and misses looking their best and wearing a crown and sash. In Native America, Mr. Indian pageants may be gaining in popularity. What do their pageants look like? Who are the men running for these titles? What do you think about the idea of young men representing our schools and tribal communities with a crown and a sash? 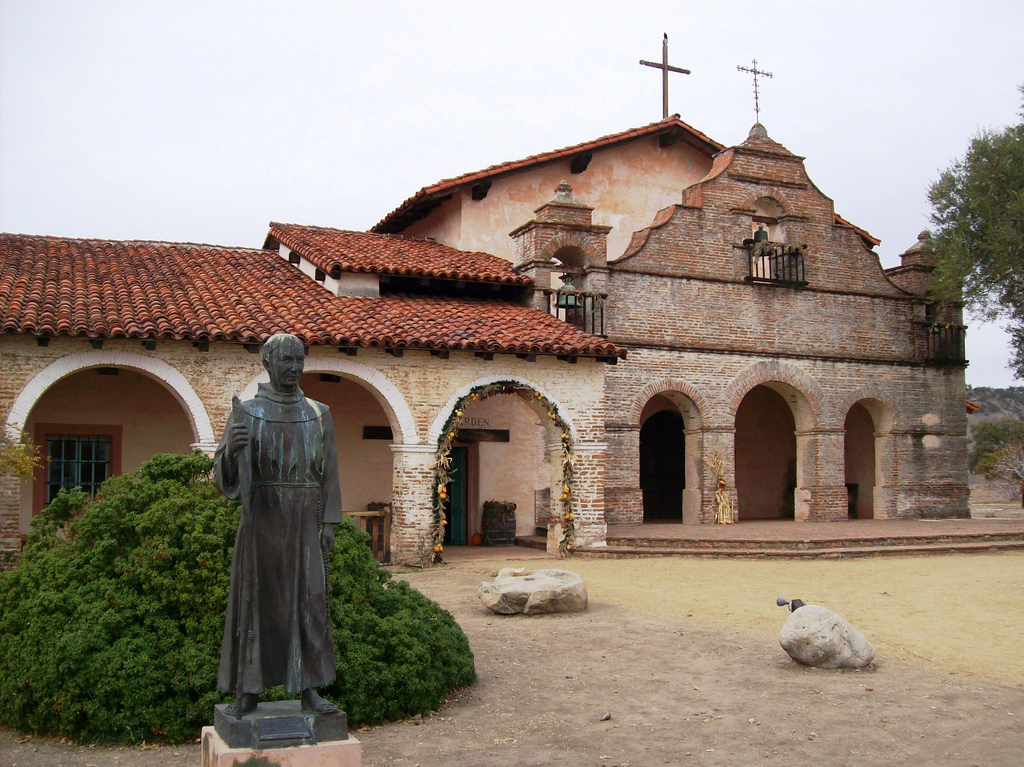 Junipero Serra has been called “the evangelizer of the west” for his legacy founding missions in California. In January, Pope Francis announced that he will make the 18th-century missionary a saint. But for tribes in California, Serra represents colonization, the eradication of Indigenous language and culture, and a religious system responsible for death and destruction of tribes and their members. Are the experiences of Native people at the hands of Catholic missionaries being swept under the rug by the church? How can religious leaders come to terms with their role in the history of America? Join us as we explore the life of Junipero Serra, his legacy and the controversy over his canonization by the Catholic Church. 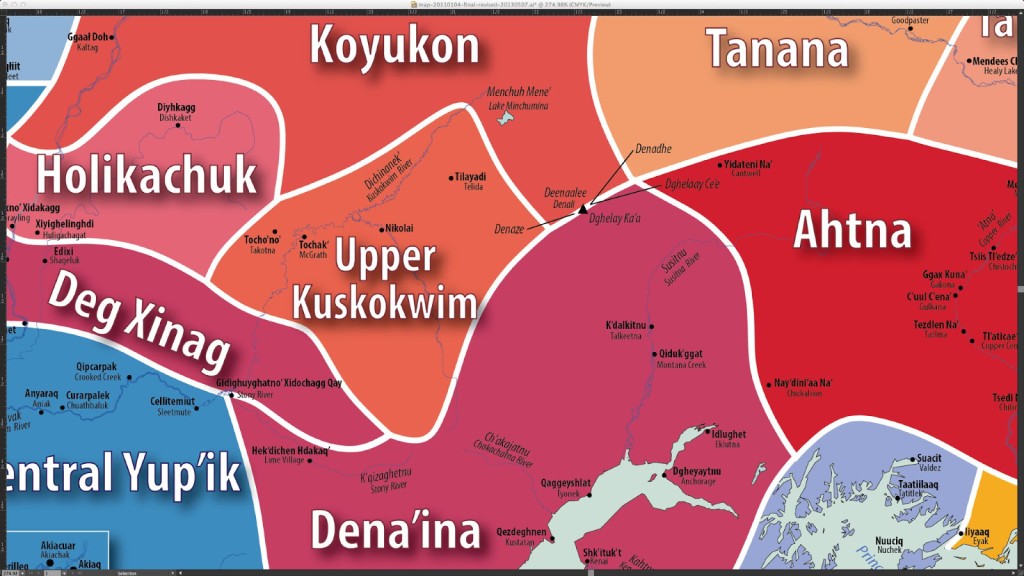 We all agree that it is important to speak our Indigenous languages. Learning a language is hard work and it’s even harder to for an entire community to start speaking again. Some feel that it is critically important to continue a language with only a few speakers left. But not everyone is able to spend the time learning their Indigenous language. This can lead to a range of emotions, including guilt. Is feeling guilty for not speaking your language a good thing? Can it motivate you to get moving? Or does it create an overwhelming feeling of fatalism? Learning a language is much more than just memorizing the words or even speaking with someone in conversation. How can communities and individuals prepare for the emotions associated with reviving their language? Guests: Gerald Hill (Oneida Nation of Wisconsin) – president of the board of directors for the Indigenous Language Institute Joshua Hinson (Chickasaw) – director of the Chickasaw Language Revitalization Program 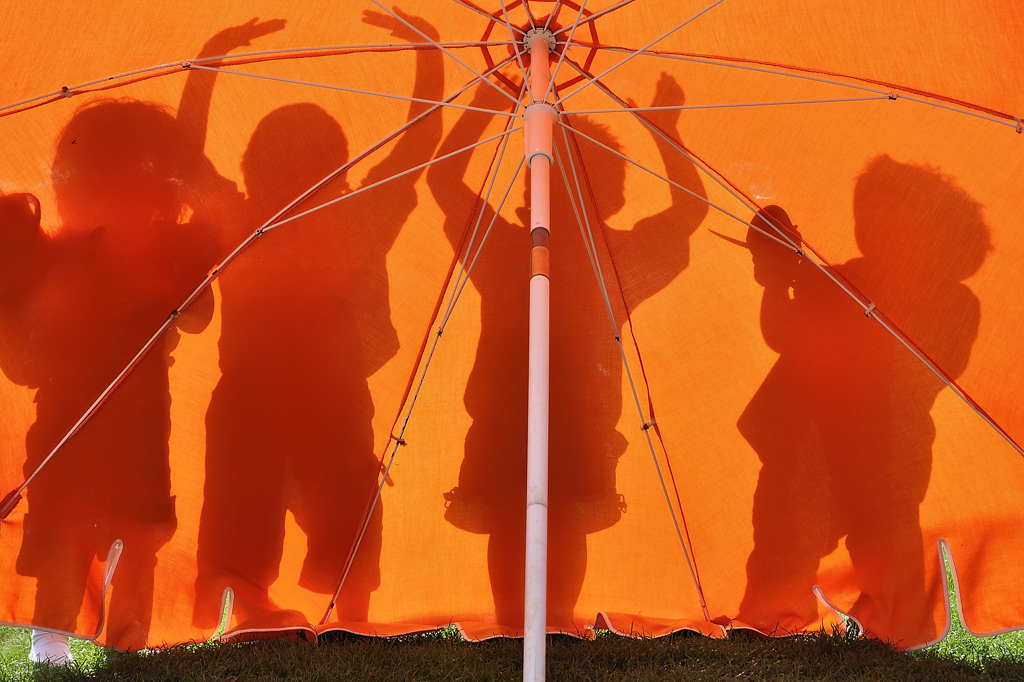 A proposed new rule and ongoing lawsuit may lead to changes in the Indian Child Welfare Act, or ICWA. The Bureau of Indian Affairs proposed last month that a new subpart of ICWA be created to improve the law by updating regulations for state courts and child welfare agencies. A lawsuit, Oglala Sioux Tribe vs. Van Hunnik, is moving to trial. The plaintiffs (Oglala Sioux Tribe) received a favorable ruling when a federal judge, Chief Judge Jeffrey L. Viken, agreed the state was violating ICWA. State lawmakers in Nebraska and Alaska are also considering new legislation related to ICWA. Do you think changes in the Indian Child Welfare Act would help protect Native children?

Break Music: Scatter Their Own (artist) Earth and Sky (song) Catch a Fire 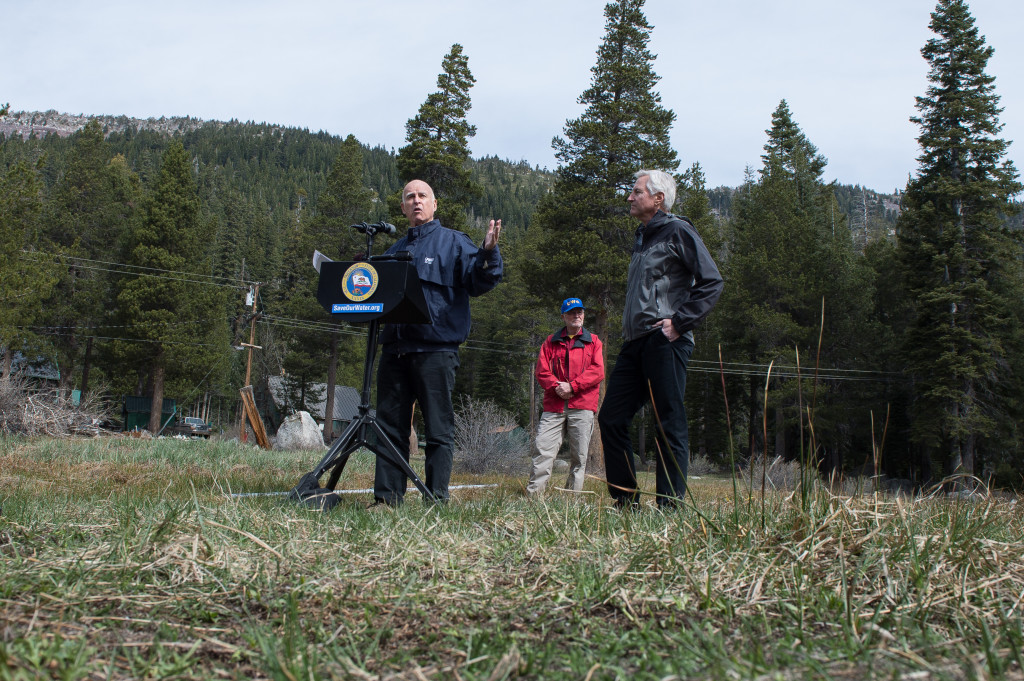 California is entering their fourth year of a drought that has cost the state billions in agriculture revenue and thousands of jobs. On April 1, California Governor Jerry Brown, speaking from a dry patch of dead grass, issued an executive order to implement mandatory water restrictions across the state. Communities are now required to reduce water usage by 25 percent, although some cities and towns will have to cut current usage more than others. How has the drought affected California tribes? Are tribes required to enforce the mandatory reduction in water use? What steps can tribes take, both in California and other western states, to adjust to drought conditions? 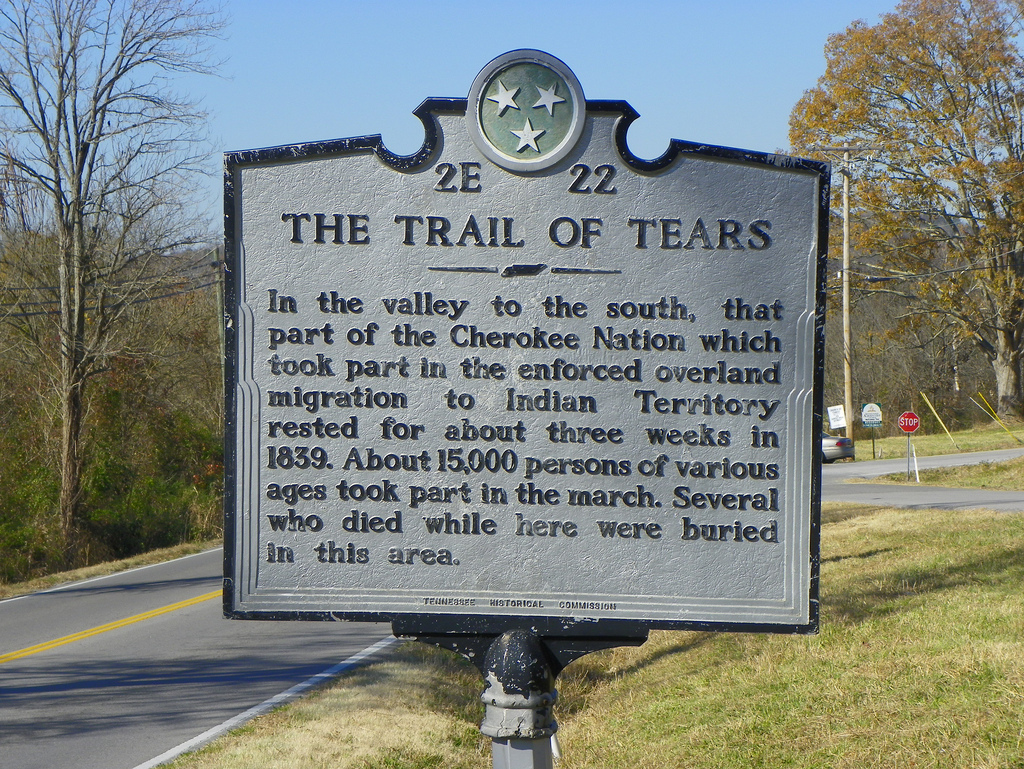 Some Native Americans remember violence experienced by their ancestors through journeys across the lands where those events took place. They remember the Fort Robinson outbreak and Sand Creek Massacre with healing runs, the Wounded Knee Massacre with a horse ride and the Trail of Tears with a bike ride.  What is the purpose of remembering these events through walks and rides? Do you think it is healing or harmful to retrace these trails and remember those atrocities? 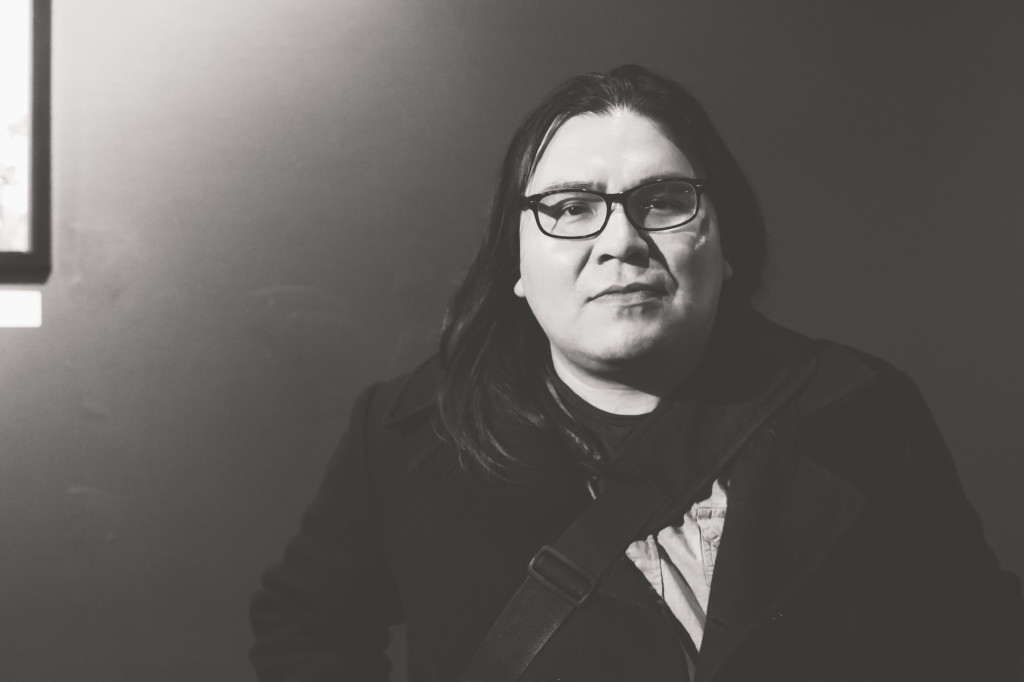 Trevino L. Brings Plenty (Cheyenne River Sioux) started writing when he was a teenager. Over the past 10 years, his writing has evolved from a hobby to published works of poetry. His latest publication, “Wakpá Wanági,Ghost River,” is a reflection on his life and people. The book features poems that explore the writer’s connection to his homeland in South Dakota and his interactions with people and place as a social worker in Oregon. We invite you to celebrate National Poetry Month (#npm15) with us and our April Book of the Month author —Trevino L. Brings Plenty.

Gaming has been profitable for some tribes, but others struggle to turn a profit and repay loans. The Unlawful Internet Gambling Enforcement Act of 2006 made online gambling illegal, but states can also create laws that allow some types of online gambling.  Only three states in the US have legalized online gambling, although more are currently considering legislation. Could online gaming be a profitable venture for tribes? Or will it pull money away from traditional brick-and-mortar tribal casinos? Should tribes be able to extend their gaming rights to the internet? Do you want your tribe to venture into online gaming?