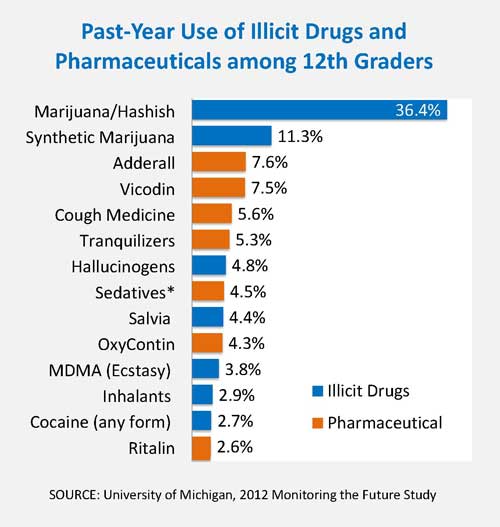 A new study revealed that substance abuse for American Indian teens is higher than the national average. Are you concerned about drug and alcohol abuse among teens in your community? A study from the University of Michigan found the top three drugs abused by 12th graders in the US are marijuana, synthetic marijuana and the prescription drug Adderall. What are Native American teens using to get high? Where do they get drugs? And how can tribal leaders, parents and teachers spot the signs of drug use and address it?