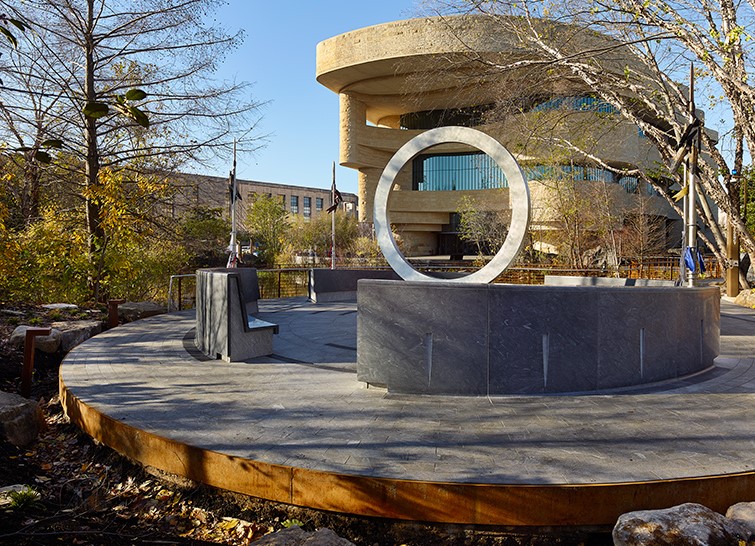 This Veterans Day, officials are formally dedicating the National Native American Veterans Memorial in Washington D.C. It’s been years in the making and the design is like no other veterans monument, welcoming members of the public since 2020. Today on Native America Calling, Shawn Spruce learns about the progress in awareness and recognition for the population that has the highest per capita participation in military service with artist and veteran Harvey Pratt (Cheyenne and Arapaho); Alexandra Harris, senior editor at the National Museum of the American Indian and co-author of Why We Serve: Native Americans in the United States Armed Forces; and Candy Grimes, Adjudication Services Section Chief for the Bureau of Land Management. 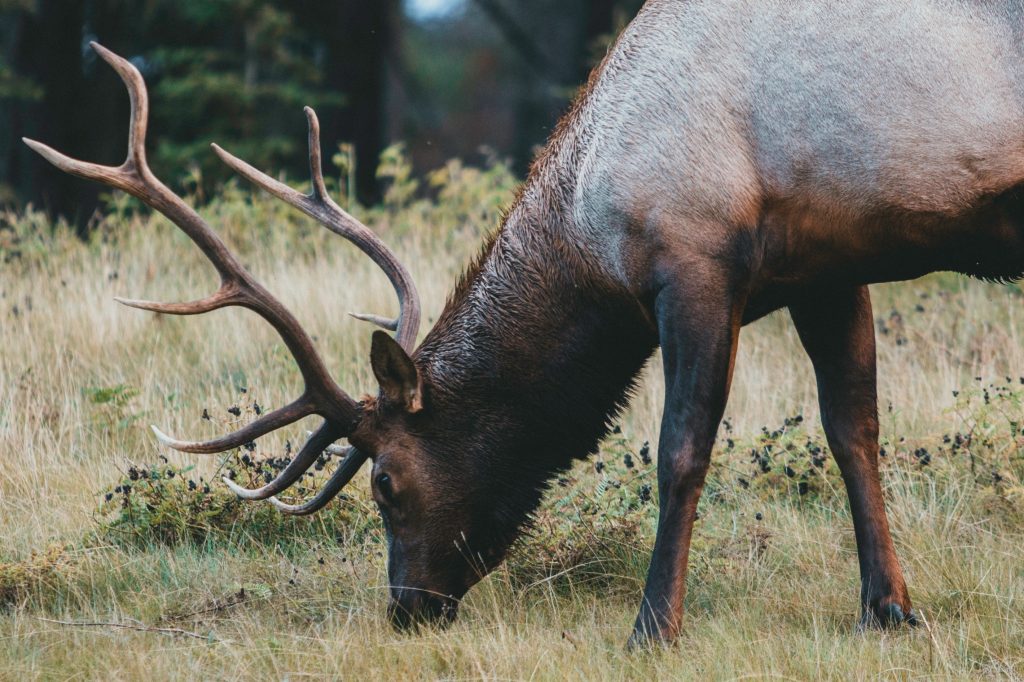 Many Native hunters have mastered big game hunting, providing for themselves and their families. Some go on to guide other hunters. But there remain a number of ongoing barriers, ranging from climate change to sovereign rights challenges. Today on Native America Calling, Shawn Spruce gets a snapshot of what this year’s elk, caribou, and moose season is like in selected places and how tribes are working to solve hurdles to traditional practices with Bobby Mercier (Confederated Tribes of Grand Ronde member), cultural advisor for CTGR and artist; Ricko DeWilde (Athabascan), hunter and fisherman; and Gary Roybal (San Ildefonso Pueblo), outdoorsman, avid hunter, and fishing and hunting guide for the Santa Fe Guiding Company. 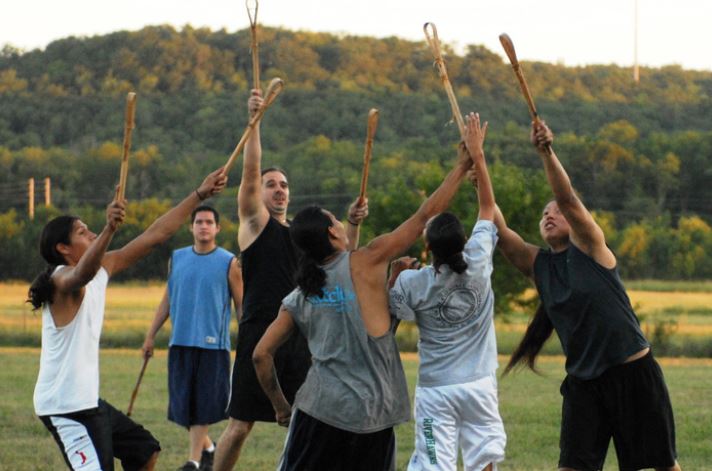 Stickball is the older, rougher cousin of lacrosse, developed many centuries ago as both a game and a training exercise. The U.S. government once deemed stickball one of the cultural connections they needed to eliminate in the effort to assimilate Native children through missionary-run boarding schools. The game survived that assault and keeps gaining momentum, played by local clubs and in competitive national tournaments. Today on Native America Calling, Shawn Spruce learns about the origins and growing future for the nation’s oldest team sport with Mike Slee (Eastern Band of Cherokee Indians), stickball player for the Walelu Cherokee Indian Ball team and the director of operations for the Museum of the Cherokee Indian; Miranda Long Stamper (Creek and a citizen of the Eastern Band of Cherokee), teacher, coach and stickball player; announcer and player Jeremy Bell (Mississippi Band of Choctaw member); Dr. Scott Ketchum (Choctaw Nation of Oklahoma), Chickasaw Nation endowed chair in Native American Studies for East Central University; and Casey Bigpond (Mississippi Band of Choctaw member), cultural revitalization specialist for the Mississippi Band of Choctaw Indians. 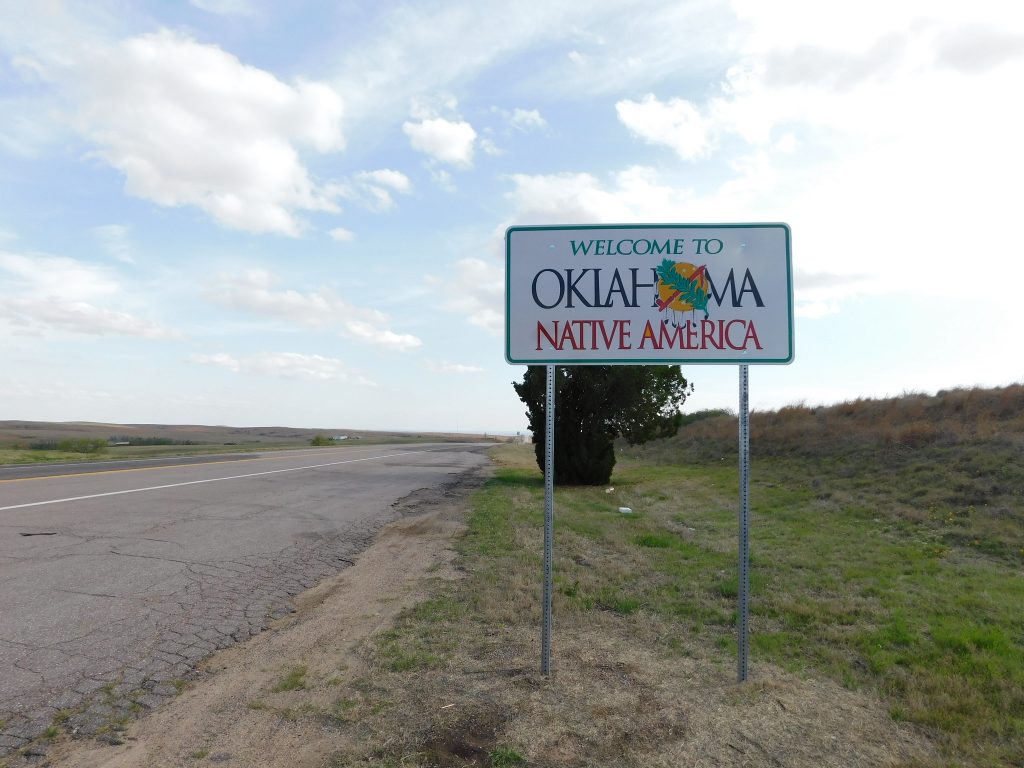 Tribes in Oklahoma are actively working to unseat the incumbent governor—who is a Cherokee citizen—because they say he is the most anti-Native American state leader in recent memory. A judge recently dissolved the Osage Nation reservation, saying Congress probably would have gotten around to disestablishment at some point anyway. And tribes are fighting the state’s new anti-Critical Race Theory law, saying it hampers students learning about the state’s long history of Native American oppression. Today on Native America Calling, Shawn Spruce checks in on the unique relationship between tribes and the state of Oklahoma with Allison Herrera (Xolon Salinan), Indigenous Affairs reporter at KOSU; Sarah Gray (Cherokee, Muscogee, Kiowa), partner at the Muscogee Nation-based PR firm ST. Comms Shop; Reese Gorman, political reporter for The Frontier; and Allen Wright (Choctaw), president and founder of the Hustings Group.

Citizenship is one of the keystones of sovereignty for every tribe. And it’s absolute: you’re either a tribal citizen through lineal descendancy, blood quantum, or another agreed-up measurement, or you’re not. But Native identity sometimes extends beyond citizenship and there’s little agreement about those boundaries.

Today on Native America Calling, at a time of increasing scrutiny of those who claim—and build careers on—Native identity, Shawn Spruce gets the perspectives from tribal leaders on what makes identity and why it’s so important to get it right with Cathy Chavers, chairwoman of the Bois Forte Band of Chippewa Indians and the president of the Minnesota Chippewa Tribe; Dr. Aaron Payment, former chairman of the Sault Ste. Marie Tribe of Chippewa Indians; Nathan McCowan (Tlingit and Haida), president and CEO of St. George Tanaq Corporation; Patt Iron Cloud AKA “GrandmaPatt”, councilwoman for the Fort Peck Tribes; and Harold “Buster” Hatcher, chief of the Waccamaw Indian People. 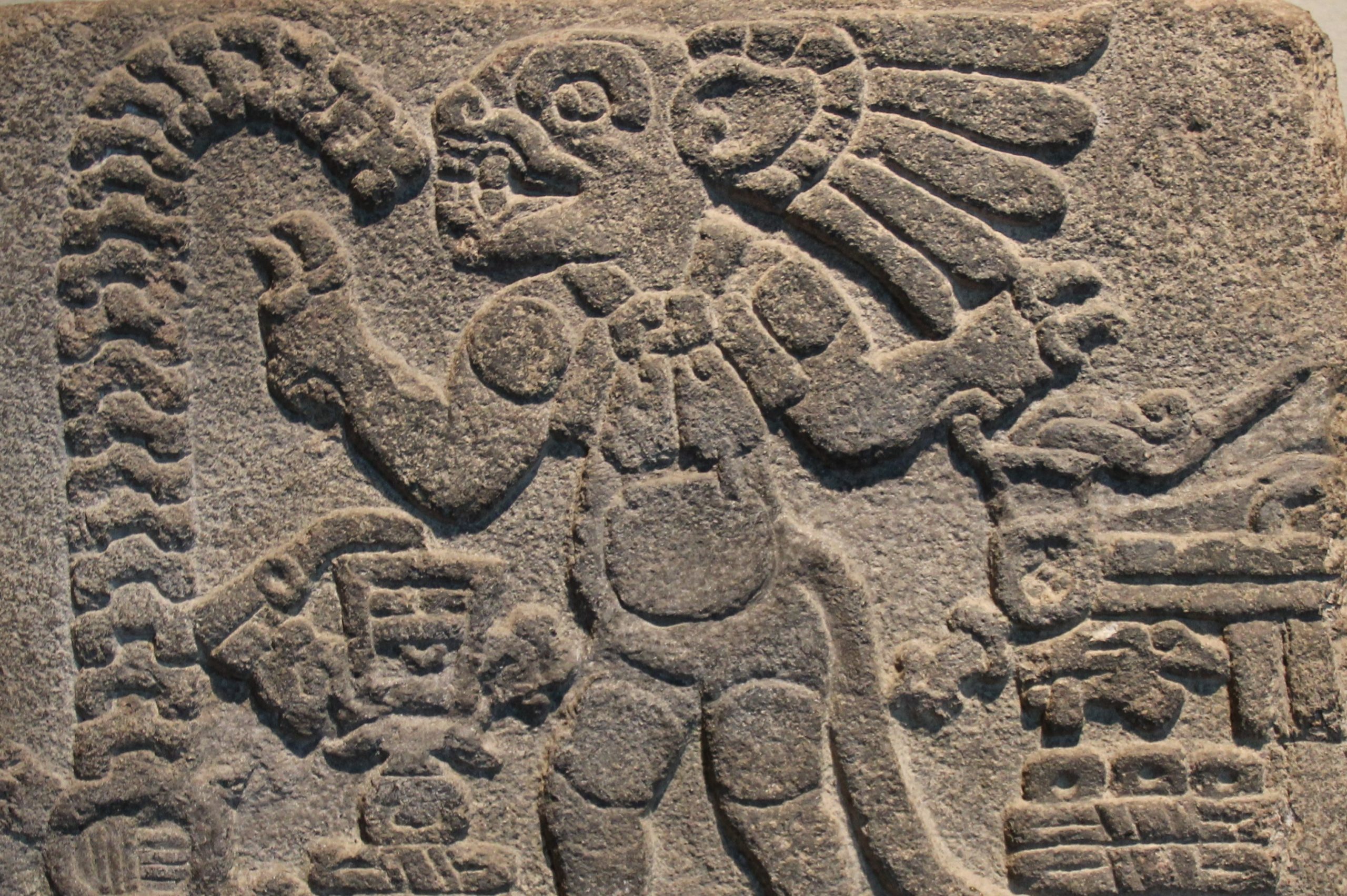 Indigenous people in Mexico are much more likely to face poverty, human rights abuses, and discrimination than the rest of the country’s population. The UN Special Rapporteur on Indigenous Peoples Rights has repeatedly called out Mexico’s government for a “serious pattern” of abuses against Indigenous people that includes the murder or disappearance of Indigenous environmental or human rights activists. Unlike in the United States, Mexico’s government does not official recognize or support the country’s Indigenous populations. Today on Native America Calling, Shawn Spruce meets those fighting for Indigenous rights in Mexico with Odilia Romero (Zapotec), co-founder and executive director of Comunidades Indigenas en Liderazgo (CIELO); Alan Dillingham (Choctaw), assistant professor of history at Arizona State University and author of Oaxaca Resurgent; Arcenio Lopez (Ñuu Savi), executive director of the Mixteco Indígena Community Organizing Project; and Dr. Shannon Speed (Chickasaw), director of the American Indian Studies Center (AISC) and professor of gender Studies and anthropology at UCLA. 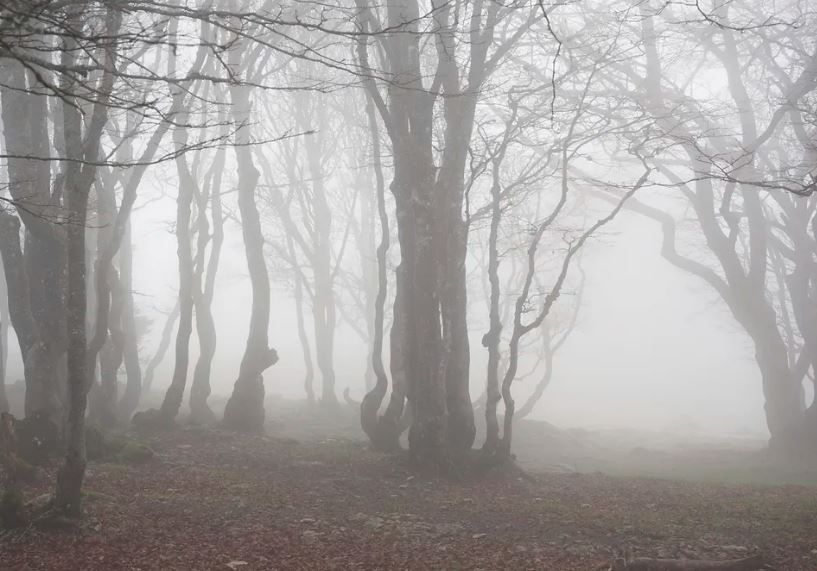 Halloween cries out like a banshee for scary stories and there are many traditional and modern Native narratives that fit the bill. Today on Native America Calling, Shawn Spruce hears some favorite stories for the season and checks in on folks whose experiences will give you goosebumps with storyteller Leeora White (Seneca); Lopaka Kapanui (Kanaka Maoli), storyteller, author, and founder of the ghost tour “Mysteries of Hawaii“; Nancy Fields (Lumbee), director and curator at The Museum of the Southeast American Indian; and Ishmael Hope (Tlingit and Inupiaq), poet, storyteller, and Indigenous scholar. 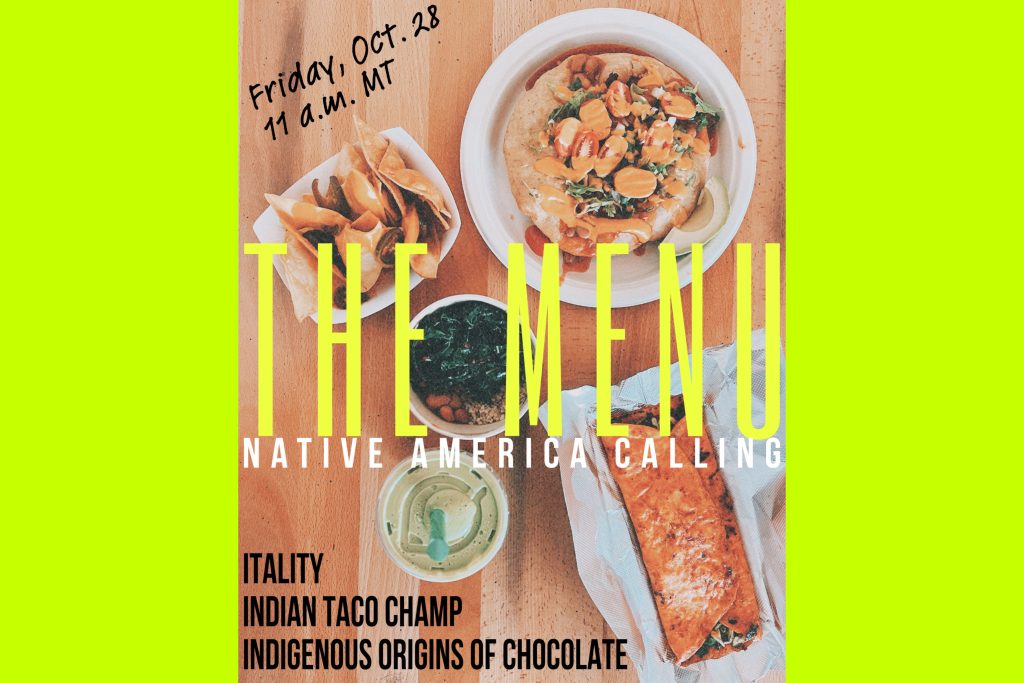 Trick-or-treating and costume parties are back on this year after pandemic fits and starts. That means lots of candy and chocolate. Today on Native America Calling, in our regular feature The Menu, our resident foodie Andi Murphy takes a look at the Indigenous origins of chocolate with Julio Saqui (Mayan), founder and owner of Che’il Mayan Chocolate; checks out Itality, a new plant-based Native restaurant in Albuquerque, NM with founder and owner Tina Archuleta (Jemez Pueblo); and chats with Monie Horsechief (Pawnee and Cherokee), owner of Horsechief Catering and this year’s National Indian Taco champion. Plus, Acee Agoyo (Ohkay Owingeh/Cochiti/Kewa), co-founder of Indianz.com, gives us an update on the Elizabeth Hoover situation. 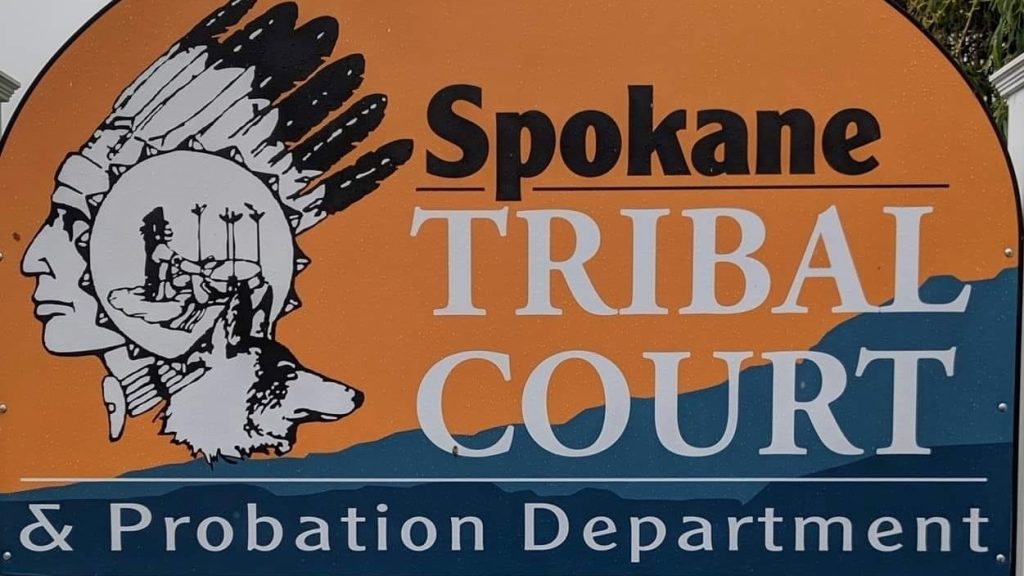 Tribal courts are asserting their ability to mete out justice and work toward healing. Many tribal courts are being recognized for restorative justice and for providing a means to address wrongs that go unresolved in other courts. Today on Native America Calling, Shawn Spruce speaks with Matthew Fletcher (Grand Traverse Band of Ottawa and Chippewa Indians), law professor at the University of Michigan Law School and author of the “Turtle Talk” blog, and Matt Johnson (enrolled in the Cayuse, Umatilla, and Walla Walla; the Confederated Tribes of the Umatilla Indian Reservation), court director of the Umatilla Tribal Court. 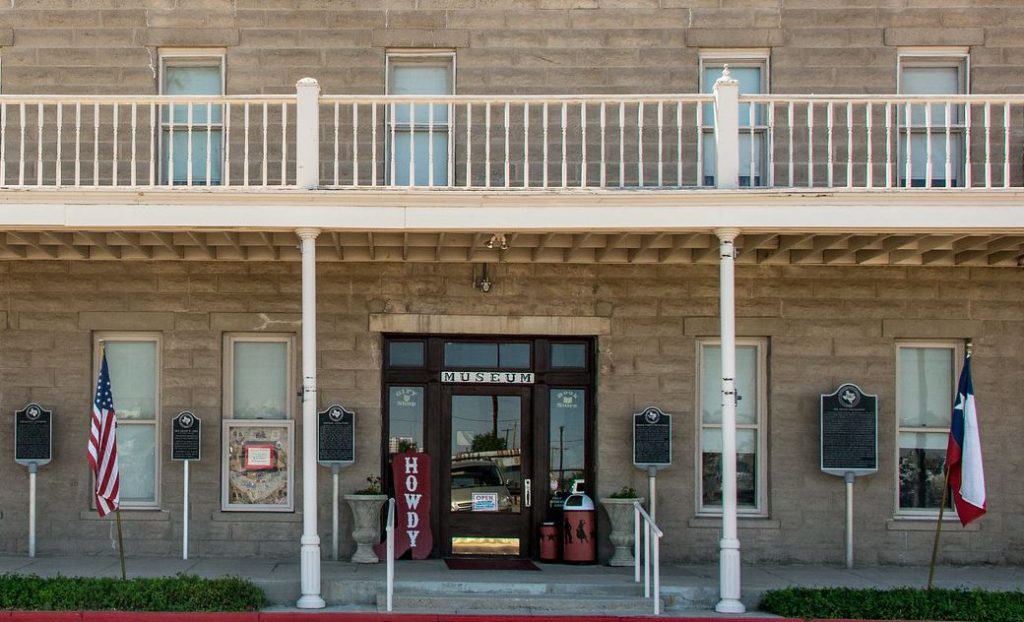 The Native American Graves Protection and Repatriation Act dictates remains from federal lands or in institutions receiving federal funds be returned to their tribal descendants. But what of remains from private lands or in museums that don’t take government funds? It was once common practice for archaeologists—both professional and amateur—to plunder burial sites. Some unscrupulous outlets still have ancestors’ remains on public display. Today on Native America Calling, Shawn Spruce gets a rundown of places that enjoy NAGPRA’s loopholes with Shannon O’Loughlin (Choctaw), attorney and the executive director of the Association on American Indian Affairs; Kenny Bowekaty (Zuni), tour guide and archaeologist for the Pueblo of Zuni; and Bryon Schroeder, director of the Center for Big Bend Studies at Sul Ross State University.