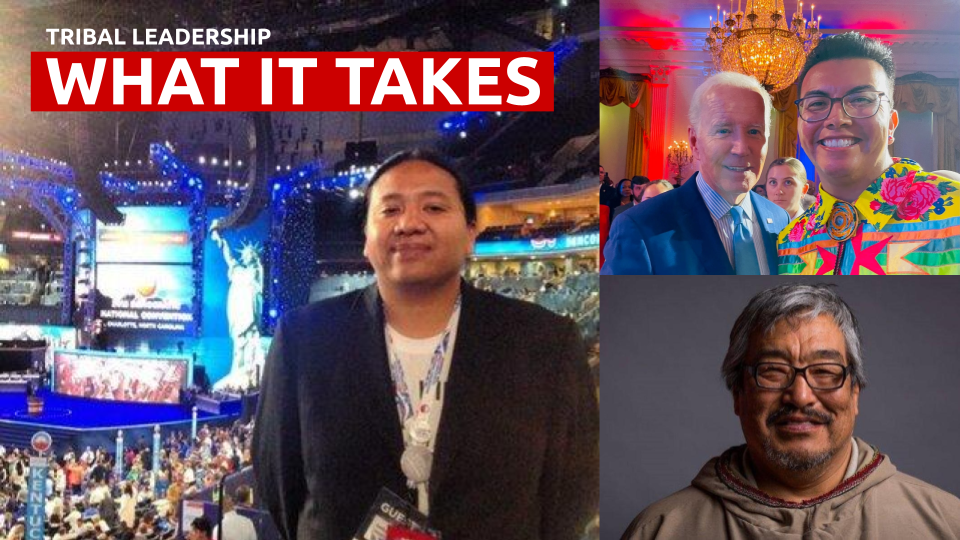 Tribal leaders make major decisions about finances, public safety, and societal well being. They need vision, dedication, and a thick skin. Today on Native America Calling, in the latest conversation of our tribal leadership series, Shawn Spruce talks with tribal president Kevin Killer (Oglala Sioux), Chairman Jordan Dresser (Northern Arapaho), and Tribal Chief Mike Williams Sr. (Yupiaq) about what drives them to be in a position of authority and how they prepare for inevitable criticisms. 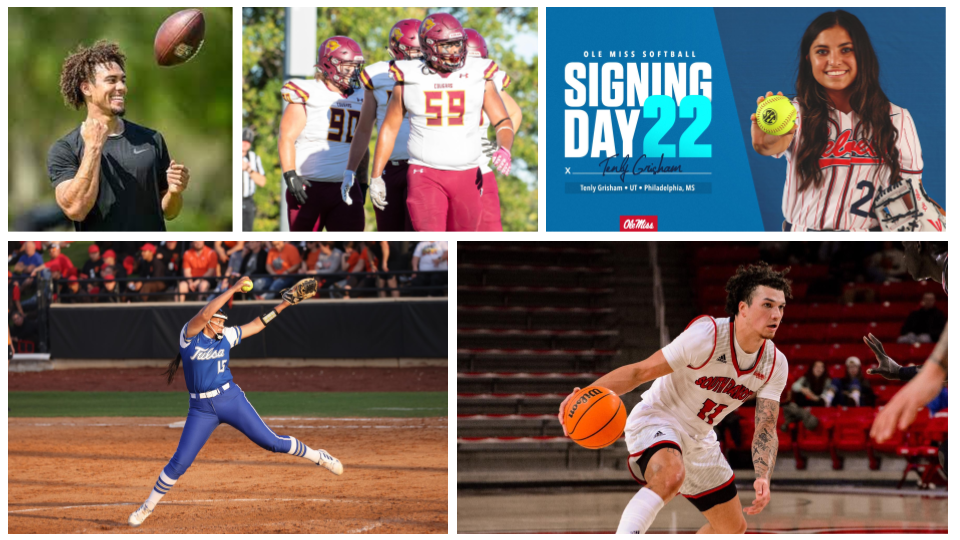 Getting signed to a college sports team is a dream for many Native athletes. It appeals to the competitive spirit and can be a major higher education financial boost. But it comes with responsibilities, pressures, and the possibility for injury. Today on Native America Calling, Shawn Spruce explores what it takes to reach and sustain NCAA status with Bennae Calac (Pauma Band of Luiseno Indians), co-founder, president, and executive director of the 7G Foundation; Zach Blankenship (Cherokee and Navajo), freshman at Oklahoma State University; and Amil Mitchell (Nez Perce), shooting guard for LeMoyne-Owen College. 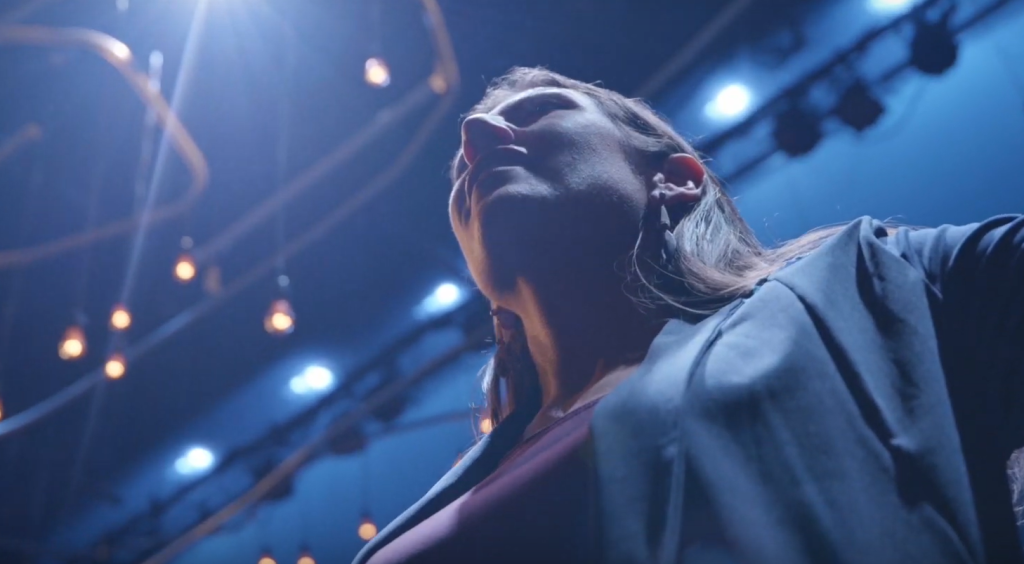 Traditional Mohegan stories and William Shakespeare don’t automatically come to mind as complimentary influences. But Madeline Sayet (Mohegan) draws on these and other creative forces for her one-woman show “Where We Belong”. It premiered at Shakespeare’s Globe theater in London and is now headed to New York City’s Public Theater. Sayet is an accomplished writer, playwright, and actress. Today on Native America Calling, Shawn Spruce catches up with her current show and her creative spirit, as part of our ongoing series Native in the Spotlight. 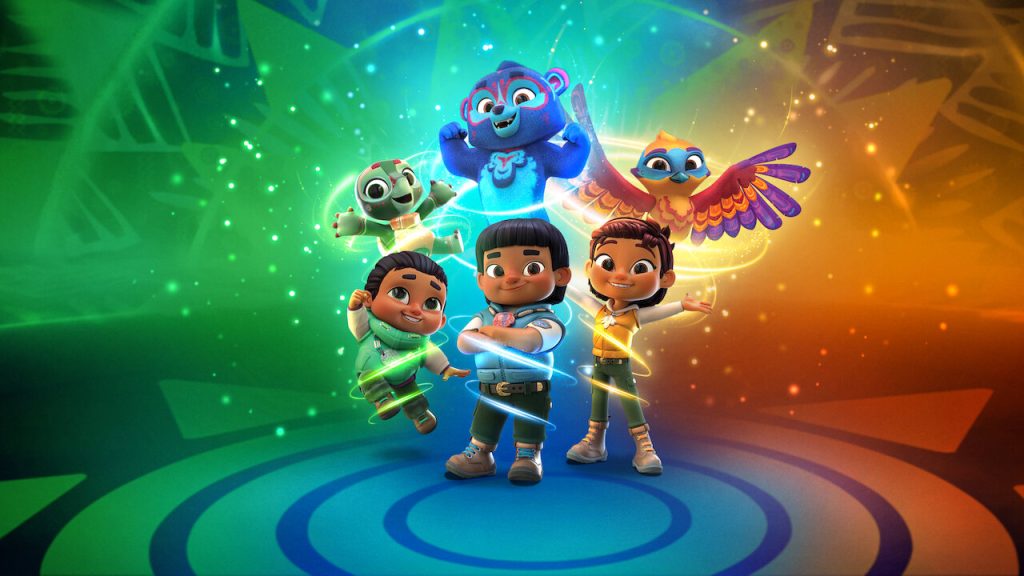 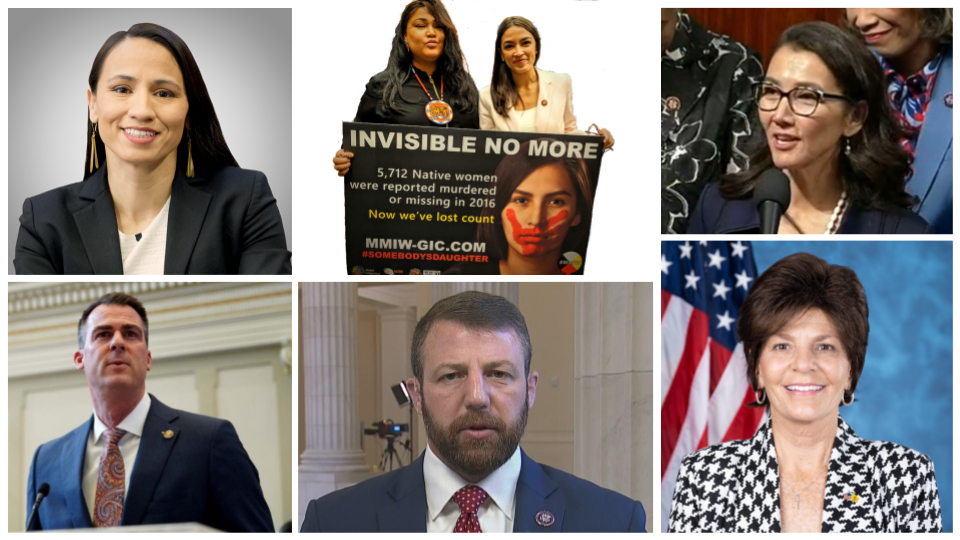 Native candidates have a lot at stake coming up in the midterm elections. After redistricting, some incumbents find themselves in tight races, while others are expected to sail into office. Today on Native America Calling, Shawn Spruce zeroes in on a few Native candidates, both newcomers and veterans, and looks at how a win or loss impacts the larger picture with O.J. Semans Sr. (Rosebud Sioux), co-executive director for Four Directions Vote, and Jordan James Harvill (Cherokee/Choctaw), National Program Director for Advance Native Political Leadership. 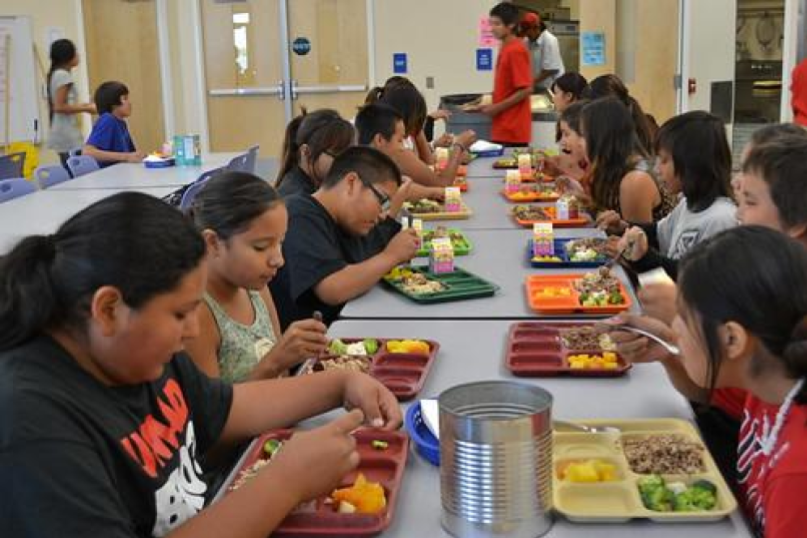 A number of tribes remain on the waiting list for federal recognition. Some want to legally secure their sovereign rights and access to trust land status, while others hope to gain federal emergency assistance or the power to take on civil lawsuits against corporate polluters. Today on Native America Calling, Shawn Spruce hears from some tribes on the cusp of federal recognition about what it could mean for them with Professor Kerri Malloy (Yurok/Karuk), assistant professor at San Jose University; Rachel Cushman (Chinook Indian Nation), secretary and treasurer for the Chinook Indian Nation; and Patty Ferguson-Bohnee (Pointe-au-Chien), director of the Indian legal program and clinical professor of Law at Sandra Day O’Connor College of Law at Arizona State University. 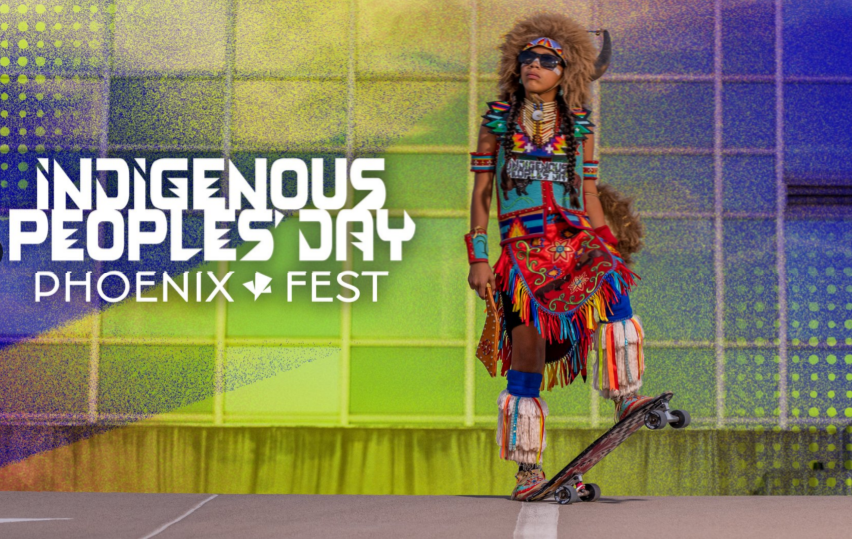 The day to honor Indigenous people is catching on in schools, cities, and states. Organizers in Phoenix, AZ are putting on an all-day festival that includes food trucks, a vendor market, skateboard competitions, music, and Indigenous film screenings. New York State might be getting resistance to the idea of officially renaming the holiday, but its largest city is celebrating its eighth, two-day Indigenous festival. And Bethel, AK scheduled a march and potluck. Today on Native America Calling, Shawn Spruce checks in on Indigenous Peoples Day celebrations around the country with Martha Atmaun Glore (Cup’ik), office manager at the Kuskokwim Campus at the University of Alaska Fairbanks; Jir Anderson (Cochiti Pueblo), lead singer for the Jir Project and founder of Native Guitars Tour; Candace Hamana (Hopi), owner of Badger PR and the founder of Indigenous Peoples Public Relations Association; and Ray Bacasegua (Yaqui/Yoeme), director of AIM Northern Nevada and the executive grand council for AIM. 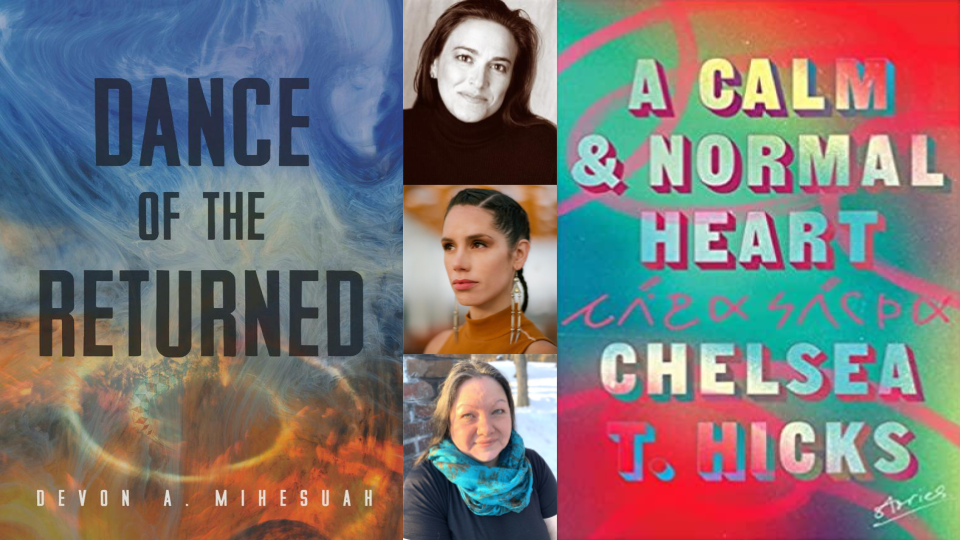 Chelsea Hicks (Wazhazhe) includes her tribal language throughout the short stories assembled in A Calm and Normal Heart. She is winning praise for her debut collection described as both dark and humorous. The new detective novel Dance of the Returned by Devon Mihesuah (Choctaw) puts tribal tradition into a suspenseful contemporary light. Today on Native America Calling, Shawn Spruce hears from both authors as well as poet, humorist, columnist, and author Tiffany Midge (Hunkpapa Lakota) as they discuss works on our Native Bookshelf. 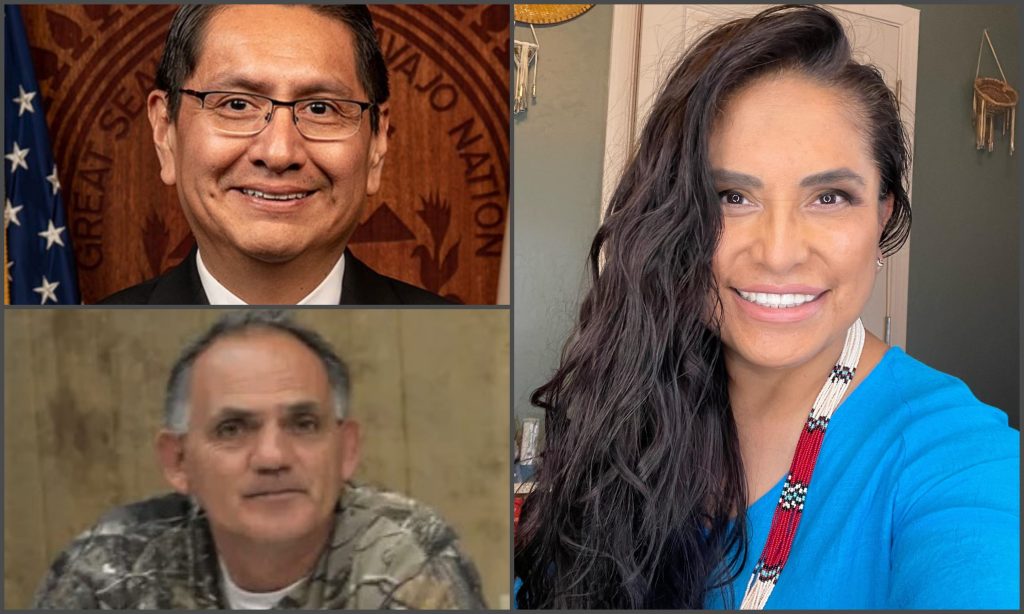 The COVID pandemic challenged every tribal leader to keep their citizens safe. Any plans they may have had for economic advancements or structural reforms were quickly replaced with life-and-death decisions about public health, business shut-downs, and conflicting priorities with surrounding government leaders. Today on Native America Calling, in the first of a series of discussions with tribal leaders, Andi Murphy hears how the pandemic changed things for the foreseeable future with former White Mountain Apache Tribal chairwoman Gwendena Lee-Gatewood; Navajo Nation president Jonathan Nez; and Donald Dardar, second chairperson for the Pointe-au-Chien Indian Tribe.